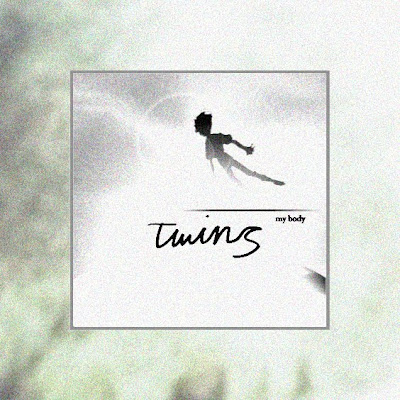 Twins was the project of the guy behind Featureless Ghosts, before he started listening to Ariel Pink and James Ferraro, or more likely before that became the specific sound he started to make. Apparently Twins had only a few releases, a self released CD and a collaboration tape with Luke Perry seems to be the limit to it. However, Matt Weiner recently released My Body, an apparently aborted four song EP, each one a different perspective on the body in contrast to some other idea. It's a bit hard to know, due to the vocals (if there actually are any in the music) being incredibly buried in the mix. Twins crafts a strange mixture of warped synth and guitar, utilizing feedback from both and heavy use of drum beats. It's sounds like the end of a really long Sonic Youth song, played on synth, trying to to be pretty and artistic instead of noise and artistic.

Twins on Bandcamp
Posted by David at 1:25 PM