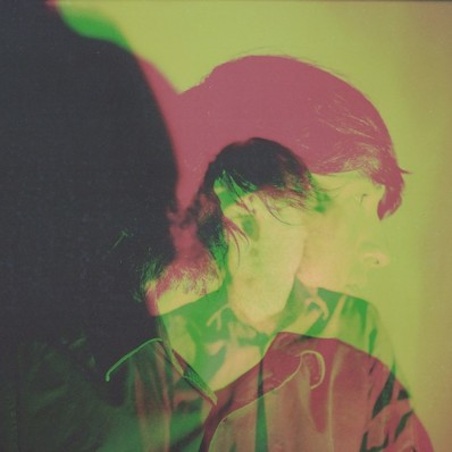 Ty Segall decided to to mellow out this year with Goodbye Bread, which can be viewed as both a good and bad thing. While I'm still adjusting to Segall's new sound, I can turn to his buddy Mikal Cronin for my fuzzed out garage fix. If you heard that name before, it's because Cronin is a staple of the California garage scene, being member of the Moonhearts and teaming up with Segall himself to release Reverse Shark Attack back in 2009. This should all but spell out the type of garage credentials that Cronin has, which are all fully exposed with "Apathy". A quick off-key acoustic guitar strumming morphs into a glorious mess of the most trebled guitars and haphazard drumming ever. Why "Apathy is so great is how it uses so many different parts perfectly. The rather intense verse turns into a suddenly, yet wonderfully catchy chorus. Then at the end a Beefheart worthy sax attack kicks in which adds even more chaos to the tune, but folds into the song with such ease you can't imagine the song without it.

"Get Along" is definitely a much mellower tune, and will start to draw those Ty Segall comparisons. Not to say those comparisons would be too far off, but would be summing it up too easily. A simple guitar tone held steady by a galloping guitar and simple percussion. It has a Black Lips feel to it, when the Black Lips have ingested a large amount of drugs and slowed down. More importantly it emphasises something that was made apparent by "Apathy"; Cronin has the uncanny ability to go from angular to catchy instantly in his songs giving them unbelievable style and depth in a genre where that is so hard to pull off.

Comet Gain-An Arcade from the Warm Rain That Falls 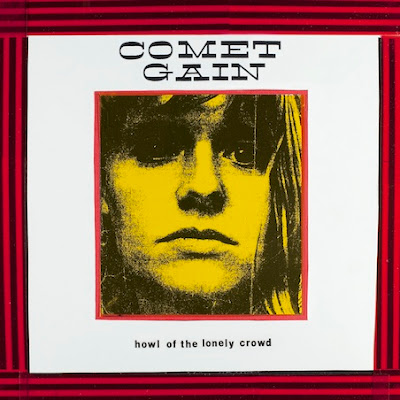 Comet Gain's new album unfortunately won't reach American ears (legally anyway) until What's Your Rupture? releases it October 4. However, with that utterly terrible news comes coupled the only thing that could make it bearable, i.e. a brand new Comet Gain song! With bands like Comet Gain, it's not so much expecting something new or drastically different sonically from them, but how accomplished and lustrous the songs manage to be in contrast with the band's discography. "An Arcade from the Warm Rain That Falls" personifies this perfectly with a screech of violin lines give way into another slice of Brit/indie-pop, with an added layer of influence coming from the work David Christian did making the Cinema Red and Blue record last year. It's the type of song that manages to have a summer feel to it, but just enough of a melancholy undertone to move it from being cliché toward something more elegant and pure than just that.

(mp3) Comet Gain-An Arcade from the Warm Rain That Falls

Comet Gain's Facebook
Get Howl of the Lonely Crowd here,from What's Your Rupture?
Posted by David at 8:09 PM No comments: 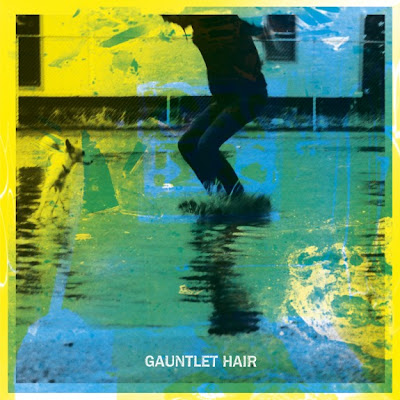 It may have taken forever, but new Gauntlet Hair music has arrived. "Top Bunk" is the first song coming off of the band's self titled release, which has confirmed the long running rumor that Dead Ocean had signed and will be released October 18. More importantly though is what "Top Bunk" means for the band. Despite this being only the sixth song that the band has ever release it is obvious the band has already matured their sound, honing in on the precise ratio of mild bombast and beats to formulate. The result is "Top Bunk" sounding like Gauntlet Hair's version of a slow jam, with the echoed guitar sound coming off as more haunted than harsh and the percussion blasts simply used to propel the song forward. That's not to take away from "Top Bunk" at all, it's simply new complements to descibe an ever changing band.

A simple, unequivocal FUCK! This is the exact thing my ears needed after being so deprived of any new music for nearly two weeks. So few things speak for themselves, but just look at the title of this video and you get a near perfect image of what to expect from the music. It is disturbing and weird, but also insanely fun and possibly The Flaming Lips' best collaboration song to date. Keeping up with all their super weird releases these days is near impossible, but I want this LP with Lightning Bolt bad now. 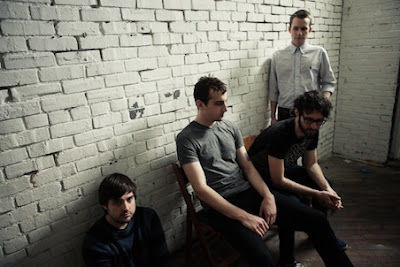 One of the best musical experiences I have is seeing Cymbals Eat Guitars open for Pains of Being Pure at Heart, and in what could have not been more than 40 minutes completely blew every single indie mind there with their insane indie rock that just magnified itself live. That entire show condensed into one song is the best explanation of what "Rifle Eyesight (Proper Name)" sounds like. At it's core it's the best Built to Spill song Built to Spill never created (until now), but not only taking adding the nuances of the recent "'90s-indie-rock-sound-in-current-indie-music" sound (which in a way you could credit to Cymbals Eat Guitar for starting), not to mention several filters of everything from grunge to post-rock. The song is still shaped around Cymbals Eat Guitars' own version of "quiet-loud-quiet", but the band as managed to refine that sound so that the dramatics are no less powerful, but at that much more natural. Cymbals Eat Guitars' new album Lenses Aliens is out on August 30, and it is slightly mind blowing that this is only the opening track. 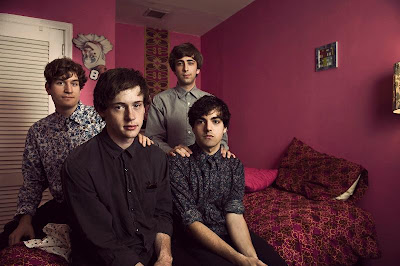 The small, little piece of Big Troubles upcoming new album are coming together. It has been dubbed Romantic Comedy and will be out in September 27 on the ever great Slumberland Records. More so, however is the new sound coming with the new record. As touched on when the live version of "Phantom" started floating around the web, the lo-fi distortion is gone from Big Troubles sound. What is left is a leaner, cleaner band producing still the epically wonderful tunes like "Misery". It sounds kind of like a less intense version of No Age's "Teen Creeps" with a jangling chord intro into cymbal crashing into airy indie-pop filled with mountains of loud and wonderful guitar hooks. A song made to be blasted out of car speakers in some alternate dimension where this is the music played on radio during the summer. 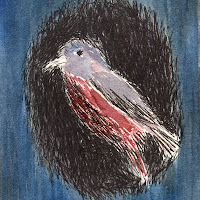 Which element of this small, wondrous cassette to tackle first is a bit tricky. The physical cassette itself is a good place to start. When the cassette finally arrives in the ail, you instantly get the sense of how his won't be the typical fare in any single way. The cassette is contained in a handmade sleeve: hand drawn, painted, and numbered. Even the J-card is personal, a cut of cloth with all the cassette's information hand written in pen. The packaging itself is a mini presentation to what is inside.

Scallion is what the microphones sound like covered by the Music Tapes if they listened to more chamber-pop. Over six tracks (each side is basically a mini album), band mastermind Darian Scatton's mild falsetto guides these prose filled tracks over their darker/sadder undertones. A cool and distant sense of nature (see the cover art)is invoked a lot in the songs to set the stage for the tales of pain and loss. Also uses of singing saws, chiming piano, and varied percussion styles also add to the tones for the songs. No one song really personifies Scallion as they can jump from old timey-esque Parenthetical Girls ("Our Breadth was Wide") to hollow, utterly lost to the void ("The Bird is Missing"), sometimes in the same song ("Tungsten Burner"). Taken as a whole though, a better, more accurate picture of the nuanced music Scallion makes becomes clear.

Br'er comes from a much more obtuse world, however. As a wave of synth feedback pours out of the speaker at the very first moment of "Cold", the same feelings and tones that were touched on by Scallion are here, but channelled very differently. While taking heavy cues from Xiu Xiu and a bit of something else that can't be placed, Br'er and their music is more a melting pot where no element or sound is really rejected, but instead utilized in someway. "Emphatic Glee" showcases this wonderfully; simple, crooked guitar lines are placed next to the vocals, while what can only be pots and pans serve as percussion in the background. Then the guitar morphs into a driving synth line as the drums come in as well, all the while the earlier parts of the song come in and out at will. Elsewhere there is the askew, slightly evil pop of "Heavenly" existing with something like the pour vocal track "Riverside Romance". It's strange, tense, and yet a stellar example of music being used as a form of art.