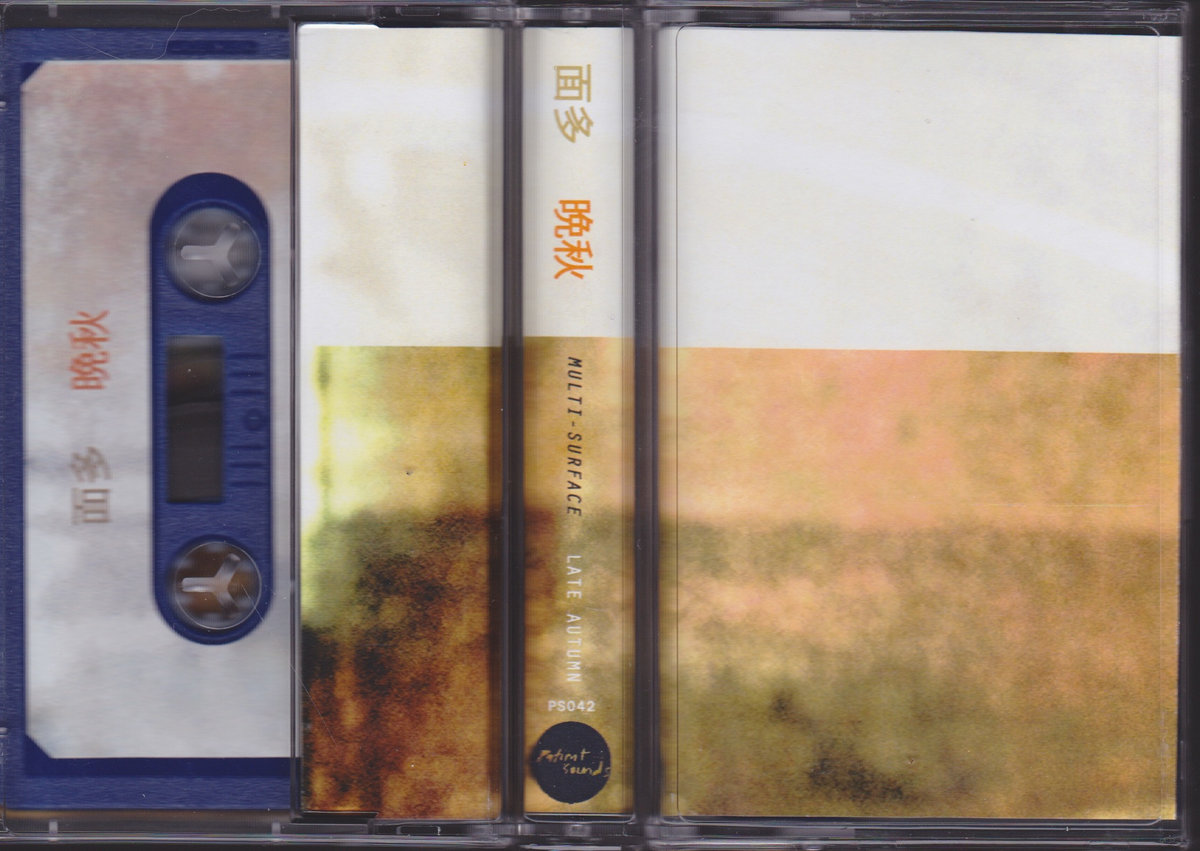 Ambient music is still something that takes me the longest time to wrap my head around; to submerge myself and get lost in. It seems like it comes so naturally to people, especially with the massive amounts of the genre that seem to be constantly created on a daily basis. So it was wonderful to listen to 面多 and have his music instantly envelope my brain. 面多 (or Multi-surface, in my Latin-root based language), is Tomokazu Fujimoto of Japan. This is his very first musical offering, the perfectly titled 晩秋 (Late Autumn). A singular piece of music that unfolds over 32 minutes, it has a very pensive air to it, every moment of feeling thought out, yet its slow unfolding feeling very human and natural. In that time, Multi-surface captures the shift in time, the gentle decay of the surrounding world as as the brightness of autumn fades into the inevitable cold of winter. The slowly cascading & humming guitars that start out Late Autumn become cold, amorphous electronic clicks and bumps, before the two meld together in the end to become a blanket of cold, forbidding wind. Fujimoto's main profession is that of a gardener, and that makes sense while listening to Late Autumn; it's audio crafted to soundtrack a world you helped to cultivate become undone and slowly dissolve before your eyes.

Buy the 晩秋 (Late Autumn) cassette here, from Patient Sounds intl.
Posted by David at 10:00 AM