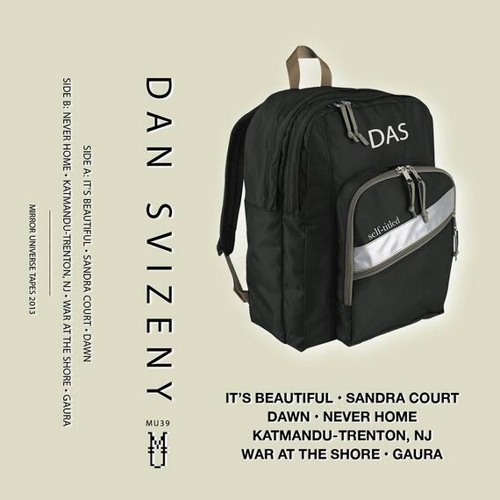 After far too long, Dan Svizeny has finally released his debut solo cassette. It's a collection of dark, but warmly lo-fi tracks that sound equally like they should be heard riding down the highway in the middle of the night as they should in your room with a good pair of headphones & the shades closed. "Dawn" the closer to the A-side feels like a Pet Grief era Radio Dept. song put through a blender. Built on a crashing/crunchy drum beat & humming synths that meld into the background, Svizeny' starts singing along. His vocals are just as fuzzy as the rest of the instrumentation, but the longing in them comes out crystal clear. "Dawn" is a truly lovely song, tinted by just the right degree of sadness that bubbles to the song's surface. I'm still in the dark as to what separates this collection of songs from Svizeny's usual recording name Cool Cough, but that's not a massive deal; they're wonderful no matter what the nom de plume is.